Thailand has many exotic sites, tropical white sand beaches, lush and green country side and many national parks. One of the advantages of living in Bangkok is its proximity to beaches and national parks. Popular weekend getaways for KIS teachers are Hua Hin, Koh Samet, Kanchanaburi, Koh Chang, Khao Yai National Park to name only a few. We recommend buying one of the many good travel guides about Thailand. Traveling in Thailand is easy and convenient. You can go by car, bus, train, plane and even hire a taxi with driver. English is usually spoken at all tourist destinations. But when you get off the beaten track, you will find that speaking Thai or having a Thai speaking person with you comes in handy. 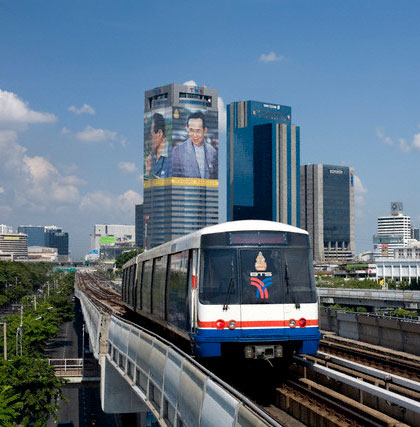 r its heavy traffic. There is only one way to describe it: unpredictable. What takes 20 minutes on most days, may take an hour or longer on other days. Bangkok’s bad traffic and the pollution that comes with it are the top two things most teachers don’t like about Bangkok, according to our staff survey. Fortunately Bangkok has two well working public transport systems, the sky train (BTS) and the subway (MRT). They certainly make getting around the city much easier, especially during rush hour.

KIS is located between Thai Cultural Center and Huay Kwang subway stations. Check out the map on our school website.

Bangkok has more than 60,000 taxis, and they are air conditioned and cheap. It’s easy to flag a cab on the street simply by raising your arm. The flag-fall rate is 35B including the first 2km and it’s 5B/km after that. A surcharge is applied in traffic jams (1.25B/m when moving under 6km/h). If a driver refuses to use the meter, you can either negotiate the price or decline and get another one. It’s usually not advisable to negotiate the price 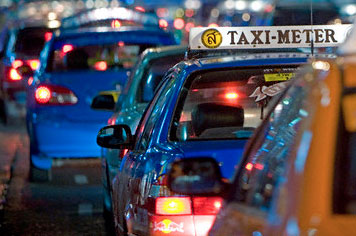 unless you know how much you would pay by meter and can be sure that you don’t get ripped off. You can also order a taxi ahead of time with Bangkok Radio Taxi by calling 1681. They have English speaking operators and you only need to set up your home address once. Afterwards you simply tell them your home phone number and they will find your details in the computer system. A fee of 20 Baht is charged for ordering a taxi by phone which you will have to pay the driver in addition to your fair.

Another form of transportation are tuk-tuks as auto rickshaws are called in Thailand. Tuk-tuks made it onto Wikipedia, so click on the link if you want to find out more. Taking tuk-tuks can be more convenient in heavy traffic, however, since they are open, you still have to tolerate the heat and exhaust fumes.

A further option are motorcycle tax 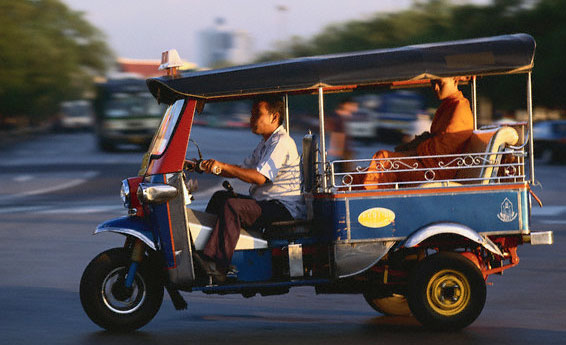 is. The drivers are experts in weaving through any kind of traffic, however, it’s not for the faint hearted. For short journeys they can be the most convenient option , i.e from the subway station to school. Motorcycle drivers are usually experts in the local area of their “station”. Unlike taxis and tuk-tuks, motorcycle drivers do not cruise around Bangkok looking for customers but wait in groups at their station.

You have to negotiate the price for both tuk-tuks and motorcycle taxis before your journey. 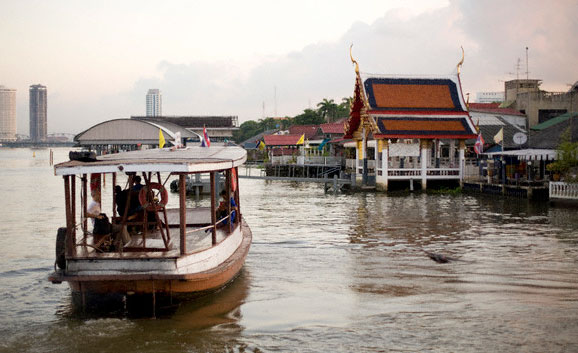 And last but by no means least, we also have boats. There are klongs taxis that serve along Bangkok’s klongs (canals) and the Chao Phraya Express Boats that operate on, you might have guessed, the Chao Praya river between Bangkok and Nonthaburi, the province immediately to the north. Depending on where you live, this can make traveling around Bangkok quite fun.